The town was founded 2500 years ago, but the first settlements are recorded from the Lower Paleolithic Age and that of the Iron. An inscription from the times of Tiberius states that Terni was founded 81 years after Rome by the Umbrians or Sabines. More recent studies support the thesis that it was the work of the naharcis, aboriginal population of the Sibillini mountains, progressively approaching along the Nera river.
The Roman structure can be seen from the square opus, with regular streets in cardo and decumanus, which divided the city into four parts.

In the first century, the Christian cult supplanted the very rooted one of Mitra, and others of oriental origin.
Proof of this previous priousness is found in the survival of pagan rites, such as the Cantamaggio and the Festa delle Acque. The latter can be linked not only to the presence of the Marmore Waterfall, but also to land rehabilitation works. The story goes that a monster lived hidden among a thick vegetation at the confluence of the Nera and the Serra, and with his disgusting breath poisoned the air of the area and its residents. A warrior faced him and killed him. The Thyrus dragon had died, but his portrait, with red background, still stands as a symbol of the city. The ancient Interamna became Terni in the 11th century.

In 1155 Federico Barbarossa camped on its mountains and in Valnerina to attack Spoleto. Despite the Guelph soul, the city welcomed the emperor. Subsequently, it was burned out by Cristiano di Magonza, because it didn’t accept the imperial magistrates. San Francesco visited Terni several times: he spoke in the small square of San Cristoforo, changed the vinegar into wine, and resurrected a child crushed by the collapse of a wall. In 1290, Nicolò IV annexed the city to the Church property. In the mid-1300, it was fortified with a circle of walls with a hundred bastion towers. In some points, it was fortified also inside with tower-houses, of which those of the Castelli and the Barbarasa remain.

In 1553, Julius III appointed Michelangelo Spada count of Collescipoli, who gave the city the impressive and artistic building bearing his name, and whose works were completed in the 700s.

In 1554, Julius III approved the Terni Municipal Statutes which, with subsequent reforms, remained in force until the French Revolution.

In 1625, the Archduke Leopold of Austria, passing through the city, donated the main altar to the St. Valentine church and ordered the return of the skull of the saint held by his family for more than 300 years. He held back a tooth for him.

In 1705, the city suffered the devastating earthquake that destroyed Umbria. Many buildings collapsed, many churches were damaged, including St. Francis. The palace of the priors was sold out and Palazzo Carrara was purchased as the office of the municipality.

In 1789, the Pope proclaimed full freedom of trade, agriculture and pastoralism in the state of the church.

In 1798, the French general Mac Donald occupied Terni, when the tree of liberty was raised there was great joy because this coincided with the abolition of the tax on the mince.

In 1849, the city sent significant sums of money and volunteers to the Roman Republic.

In the second half of the 800s, the exploitation of the waters of the area, of the Marmore waterfall, in particular, caused the birth of the Terni steel industry.

In 1929, the largest hydroelectric power plants in the area were built: Galleto, Monte Argento, Recentino.
During the Second World War the city and its factories (‘for’ its factories) suffered 108 bombardments that removed the illusion of invulnerability of Valnerina and ‘Conca’ from the Terni residents. Between August 1943 and June 1944, 40% of the factories and the eastern part of the city were destroyed. 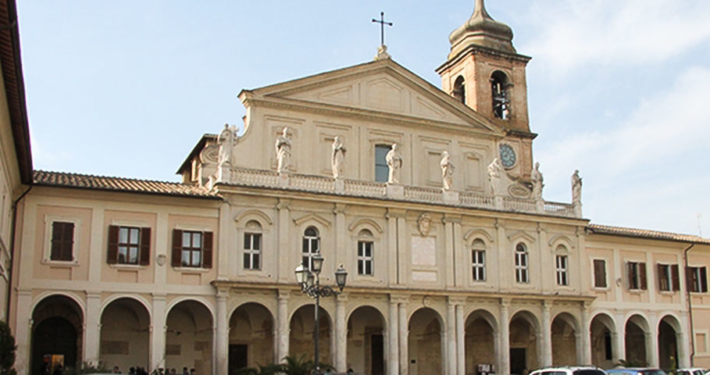 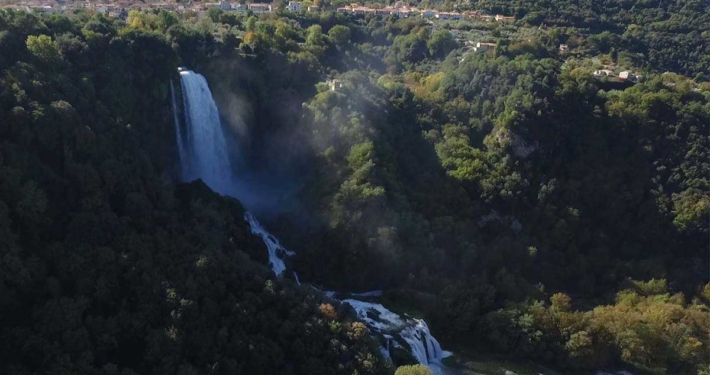 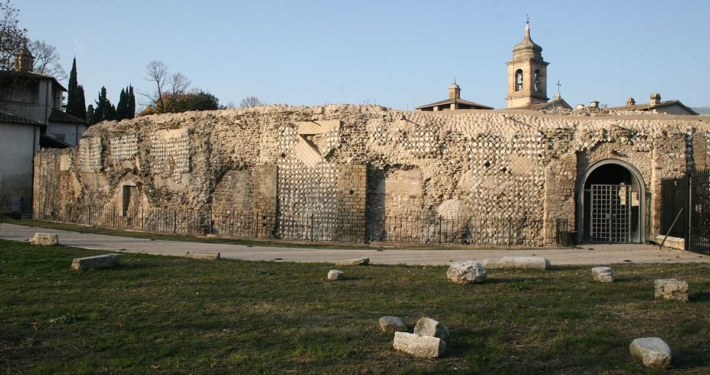 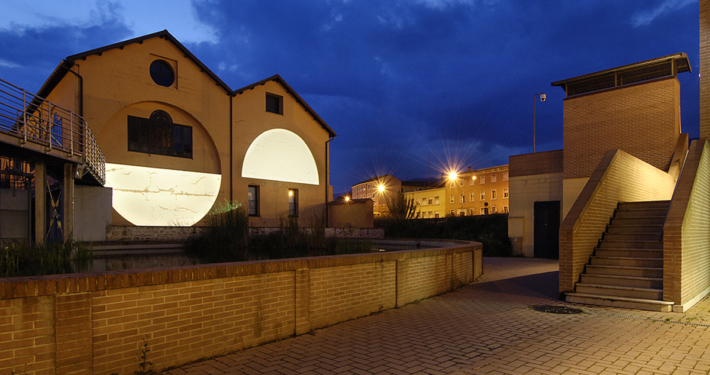 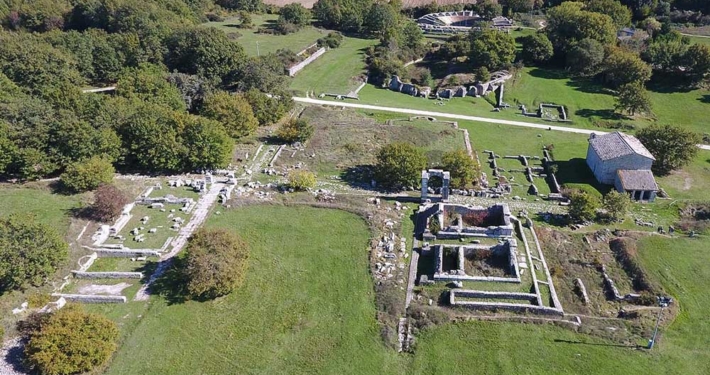 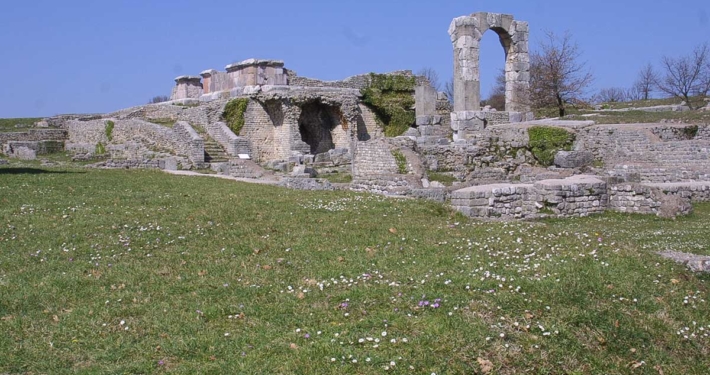 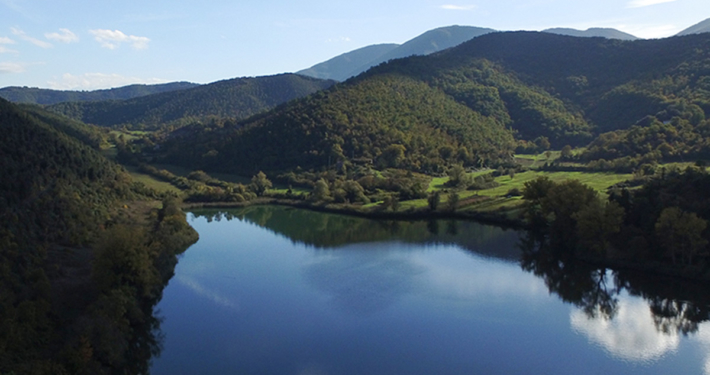 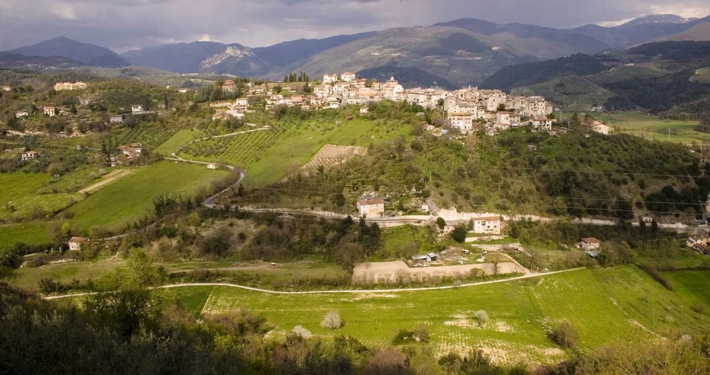 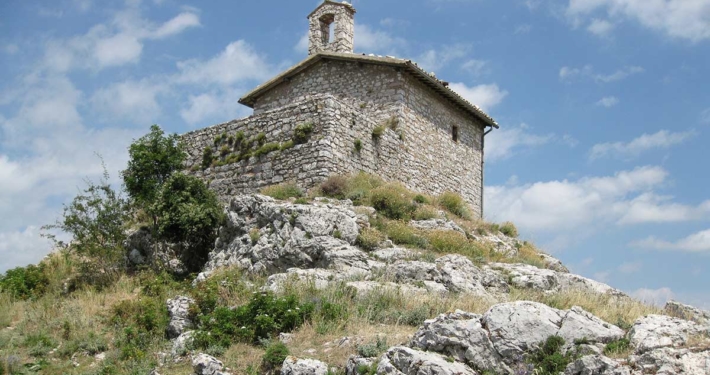 Built on a hill overlooking the Seine in the Middle Ages, Saint-Ouen remains a rural village, essentially concentrated around the original Saint-Ouen district.
At the end of the Middle Ages, many lords built hotels and villas. Saint-Ouen becomes a popular resort in the seventeenth century. Famous people like Joachim Séglières de Boisfranc, Necker or the Duke of Rohan-Soubise have castles or mansions in the area.

But it is during the nineteenth century that the appearance of Saint-Ouen changes significantly. Still a village in 1830, Saint-Ouen became an industrial city of over 30,000 residents by the end of the century. This massive industrialization has a deep impact on people and urban planning. After the war of 1870, rags set up their camps and barracks in Saint-Ouen, gradually giving birth to the flea market.
From 1965 to 1975, the Audonian industry is going through a period of decline and crisis, which then leads to de-industrialization and the emergence of abandoned industrial areas. Service industry becomes predominant in the 1990s.

Art and history collections
Created in the early 1960s, the collection of artworks and history of Saint-Ouen gathers paintings, sculptures, tapestries, etchings, drawings and ethnographic objects relating to modern and contemporary art and local history.

In 1965, the castle of Saint-Ouen, restored and transformed into cultural material, houses the museum of art and history of Saint-Ouen on the ground and first floors. Until 1996, the collections are permanently shown, but regularly dismantled to make room for temporary exhibitions.
At the end of the 1990s, contemporary art collections, too often manipulated, are no longer shown to the public. Therefore, a room on the first floor of the castle hosts a permanent exhibition on local history, including the works of the museum. In 2002, the museum received the “Museum of France” label, which marks the recognition of the local and national interest of its collections. In 2005, the museum is closed to the public for security reasons. 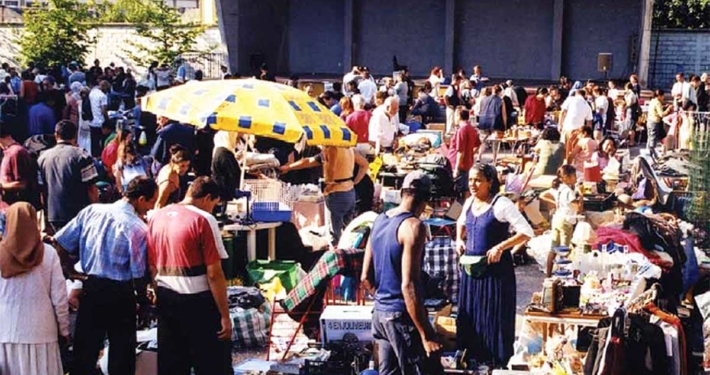 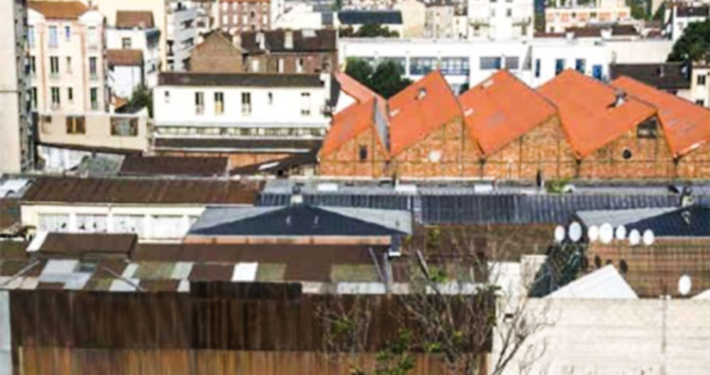 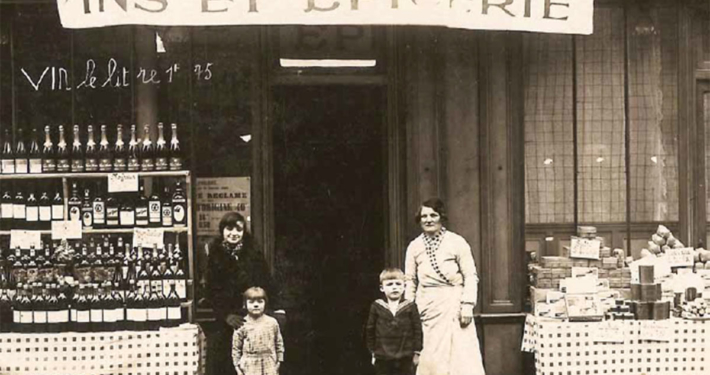 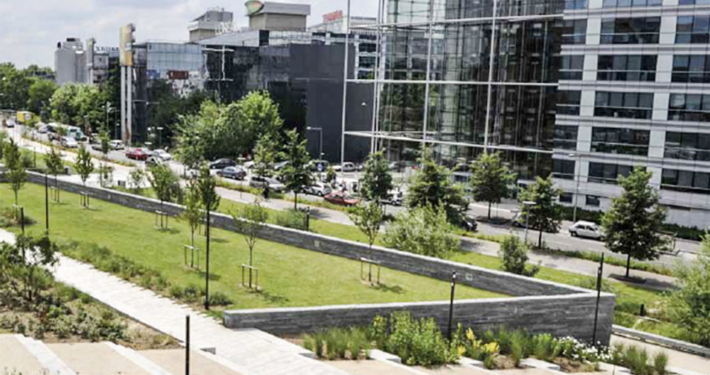 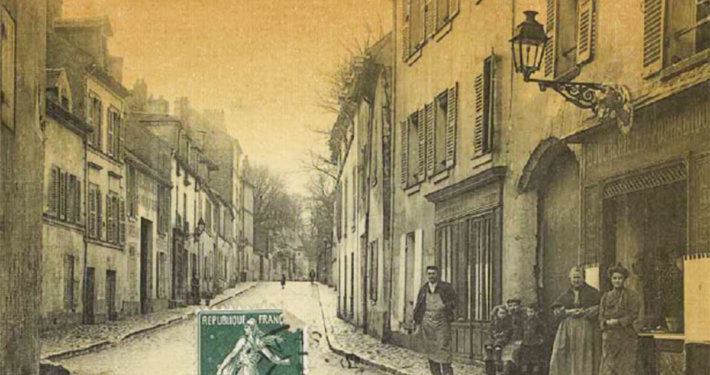 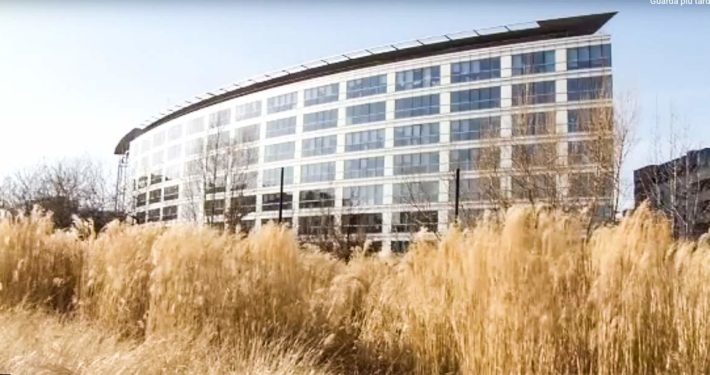 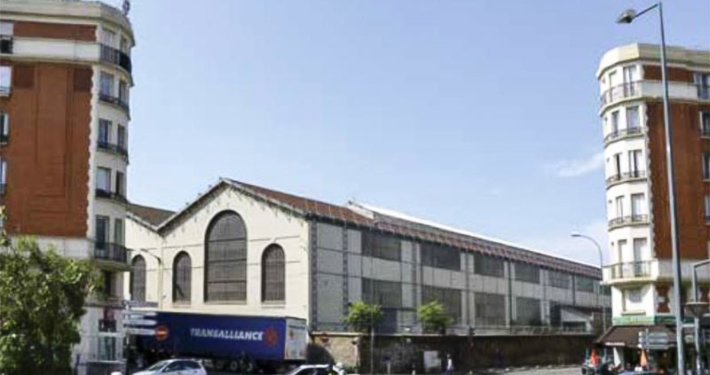 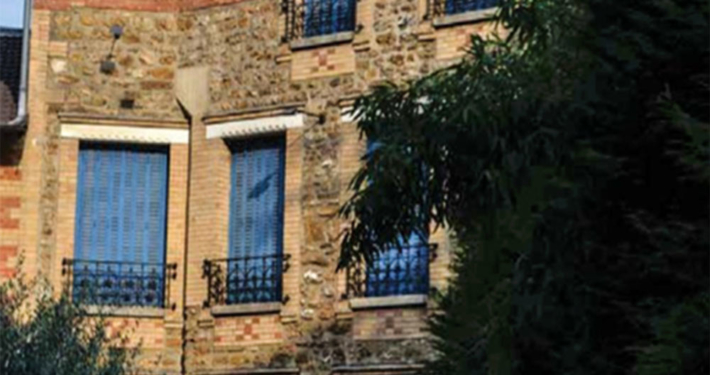 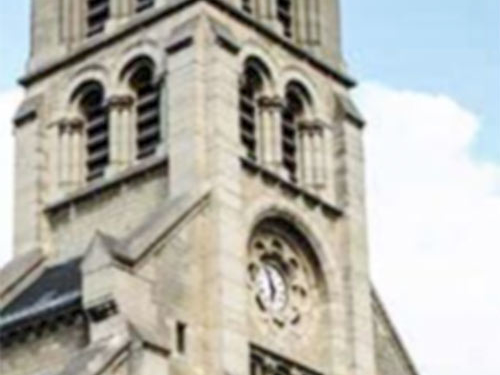 Per chiudere in (estrema) bellezza #GemellArte2021